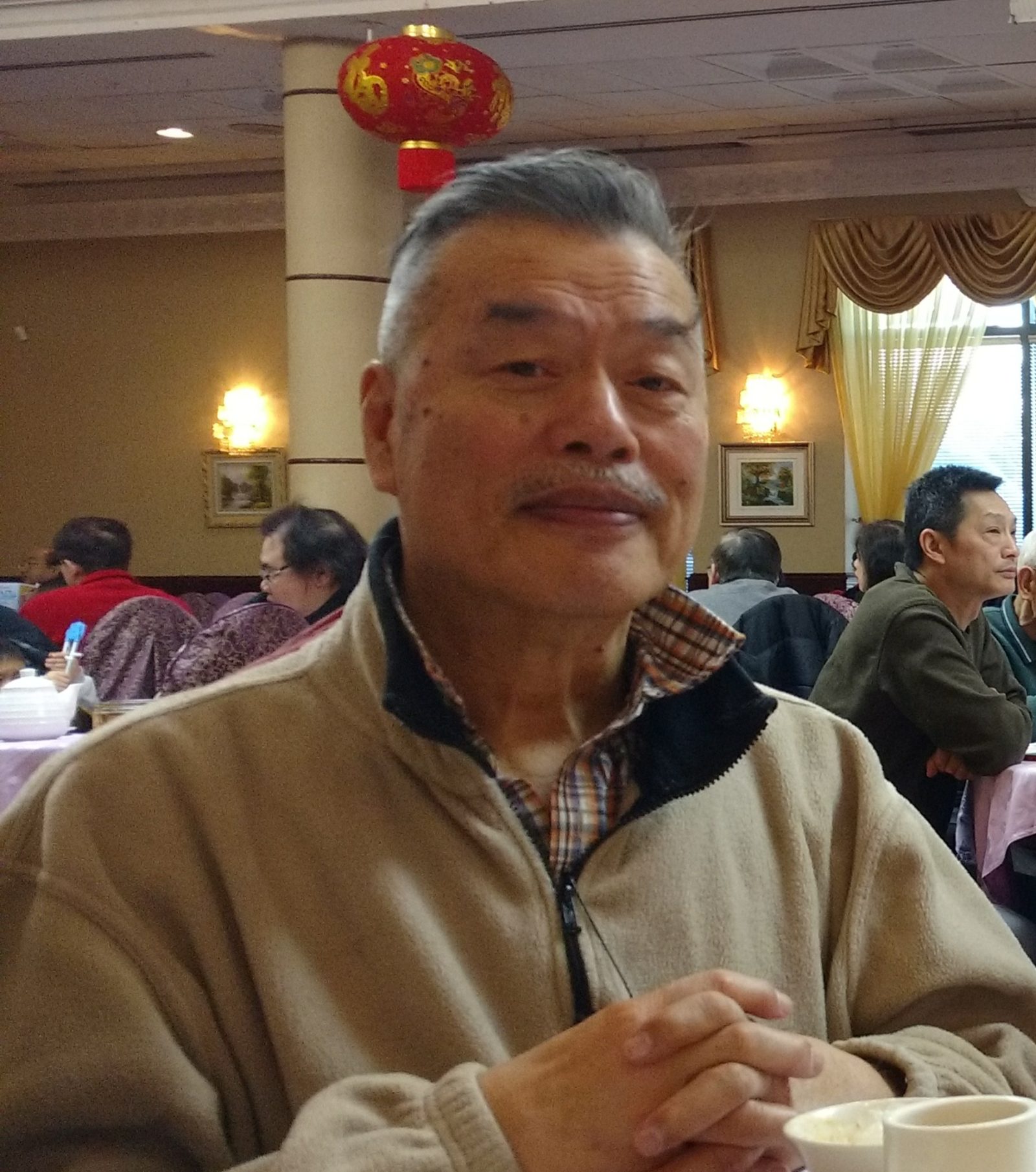 This article is from a 2015 interview with Sifu John, conducted and produced by Tanya Korovkin. We are grateful for the coordination and support of Sifus Loong Wong and Steve Yee.

I was born in mainland China, but soon after that my parents and I moved to Hong Kong. From Hong Kong, I came to Canada, to make my living as an electronic technician. In Hong Kong, I had already practiced tai chi for 10 or 20 years, so in Canada, my main interest went into the research and development of tai chi.

In Canada, I began teaching tai chi in a community center in Toronto. One day I sat down and started thinking about it. We are all doing tai chi by ourselves, without communicating with other people. At that time, there was no communication in Canada within the tai chi community.  You do tai chi, and I do tai chi, but we are not talking to each other! The other way round, everybody seemed to be saying: your tai chi is no good, your tai chi is not “real,” only mine is real and good!

So I sat down and thought: how about starting a tai chi federation? This federation should not be a governing body. It was not going to say: you cannot do this, or you cannot do that. The purpose would be mostly communication, here in Canada, but  also internationally, with people doing tai chi in Taiwan or Europe.  Some other objectives would be helping people improve their skills and learn about the various styles of tai chi. It would be good, for example, to invite masters who practiced different styles, so that everybody would  know more about those styles, too.

All this was happening  in the spring of 1987. I called my friend, Daniel Lam. He was a student of mine and also student of other people who practiced, the same as me, the Wu style. The two of us put some advertisement in the newspapers. Soon after that, in May 1987, we had our first meeting. We had it at Scadding Court, a community centre on the corner of Dundas and Bathurst Streets in Toronto.  About 20 people came to this meeting. Eddie Wu was among them, and also two of his students:  Jonathan Krehm and David Chiu. So we were all sitting in that little room, talking about making a federation. Nobody seemed to be against it, everybody loved it!  In June had another meeting, this time for creating a steering committee. The committee was going to set up the constitution and by-laws. There were two lawyers among us, and also somebody in the insurance business. In this way, between all of us, we got the federation set up and registered as a non-profit organization.

At first we called it the Canadian Tai Chi Chuan Federation, but later we changed the spelling and it became known as the Canadian Taijiquan Federation (CTF), the way it is known now.  After the Federation was registered and signed by Sifus John Lee, Tek Siauw, Ernest Fung and Loong Wong, we held elections for the Board of Directors.  I was elected as President.  David Chiu from Wu’s Tai Chi Academy was elected as Vice-President.  John Carpenko from the Circle of Friends became Secretary, and Tek Siauw from Tai Chi Tek became Treasurer. Other Board members were Daniel Lam from Ontario Tai Chi Chuan Institute, C.M. Cheng from Cheng’s Meditation Research Centre, A Hoi Tsan from Gigong (Qigong)  Tai Chi Chuan, Ernest Fung from Milliken Mills Tai Chi, and Lin Chung from Toronto Yang Style Tai Chi  Academy.  This was our first Board of Directors.

The same year, we started to print a newsletter and organize events.  At that time, the Federation had club membership, with 8 to 12 clubs registered as the members .  First of all, we decided to do some demonstrations and workshops, to raise funds. Scadding Court was most kind to offer premises for this occasion. This first event took place on September 25 and 26,  1987. On the 25th, we had demos. We started with Leung Lon U of U’s Tai Chi Chuan Wusu Institute showing Chen style and Leung Yee. Beautiful!

On the following day, we had seminars. Cheung Lim talked about the health effects of tai chi; Linda Hagan from the Circles of Friends examined the philosophy of tai chi, while my own talk was focused on tai chi as a martial art. After that, the participants broke into small groups for further discussion.

This two-day event was described in the Federation’s 1987 newsletter as the finest and most complete demonstration of tai chi chuan ever seen in Canada. It was the first time that we were able to put together demos of many different styles and forms. The Scadding Court Auditorium was full: approximately 350 people attended the event.  To top it all, we decided to have a banquet. The banquet took place in November 1987, at the Hsin Kuang Restaurant. It was organized by Sifu Eddie Wu with the help of many volunteers. At the banquet, we gave out awards to sifus and all participants. Around 200 people came to celebrate: good food and good friends!

We also had a chance to visit the Tai Chi Chuan World Federation (TCCWF). This happened  during  the Chung Cheng Cup Tournament in Taipei, Taiwan. It was a huge international event which included  competitors from 25 different countries. During this visit, we had some meetings with TCCWF representatives. Several questions came up, of interest to our Federation. One of the major hurdles in organizing tai chi tournaments is how to establish a basis for the comparison of various styles.  Members of our Federation were not particularly keen on judging, using their own standards, for other people’s styles. However, it was agreed that this did not mean that people practicing minor, little known styles had to be banned from tai chi tournaments. In fact, all of the judging in the form sections at the Chung Cheng Cup Tournament was based on the quality of the presentation, rather than on the content of each form. We also agreed, though, that this norm should not apply to sparring and pushing hands. In sparring and pushing hands competition, the organizers should be able to come up with a consensus on the rules and regulations which would then apply to all the competitors.

Back in Canada, we organized two tai chi tournaments which included both form competition and pushing hands. First we had a hard time to get people to agree to the idea of competition, but finally we got it through. So that we had our first tai chi tournament, and then the second one! We didn’t have them just by ourselves, though. We collaborated with another martial arts federation, the CCKSF (Canadian Chinese Kuo Shu Federation); one could say that we “got married” on that occasion.  At the tournaments, we had two separate competitions going on: one, for our tai chi federation; the other one, for CCKSF. The first tournament took place at the Humber College; the second one was at the Seneca College.  Most competitors came from the Chen, Yang, and Wu schools of tai chi. But there were also participants who represented other, minor styles:  the Fu style and the Dong style.

In 1994, I had to go back to Hong Kong.  After I came back to Canada, I joined  some of the CTF’s pushing hands events:  one, I remember, in Kitchener and another,  at Eddie Wu’s place in Toronto. All in all, I believe that our Federation was a great success. But, of course, it also had some problems. One of them was how to increase our membership. When I was president, I discovered that not all tai chi teachers wanted their students to participate in the Federation. Some of them were afraid that they would lose their students to other teachers and other clubs, so that they would try to keep their students away from the Federation. That is why, eventually, we replaced club membership by individual membership. We also started advertising the Federation’s events in the newspapers. Having a magazine, Tongren, is a good idea, but it would be also good if more people in the Canadian tai chi community could have access to it.

In addition to tournaments, we had picnics for Federation’s members. One of them was in Toronto. Another one was on the lake near the 401 Highway, which was organized by Ed Cooper. They were very popular, everybody enjoyed them. We would play the tug-of-war;  Ed would provide us with the boats to go on the lake. It was so much fun!

One of the biggest benefits that the Federation can offer to its members is friendship: people get to know each other, people make friends. Another big benefit is learning: learning new skills, new techniques.  What is my message to the present-day CTF? Keep going! No matter how big or small you are, just keep going!

An early video from a 1978 interview on channel 47 shows John and his students in action. Here also is a short Wu Style performance from 2004, and a demonstration of his Fast Wu Form at the age of 72.

John will be greatly missed as a CTF Elder, co-founder, taiji player and expert, and friend.